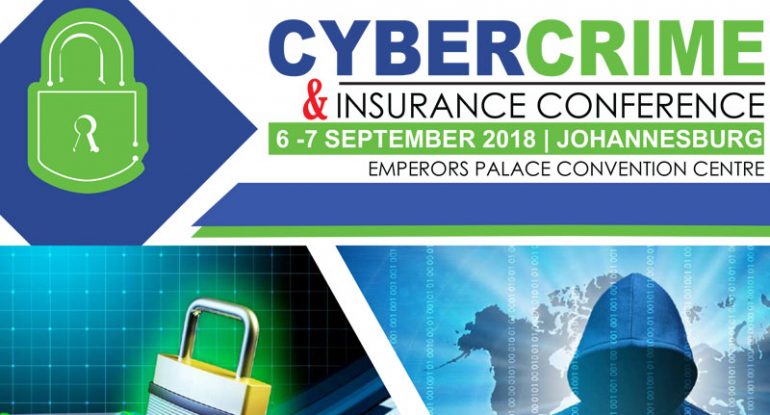 The Cybercrime and Insurance Conference 2018 is back for its third annual show in Johannesburg, and this year the focus will be on how organisations and governments handle people’s personal data that they keep on their servers. Following the outcry against Facebook and Cambridge Analytica, who were complicit in selling the personal data of millions of users it gathered to third parties prior to the 2016 presidential election in the USA, there has been widespread discussions about how people’s personal data should be handled.

Lax data security policies and laws have resulted in tragic consequences for many consumers of internet services. There are countless examples of individuals and organisations who have lost identities, finances and valuable data to cyber criminals; more so in developing worlds like Africa, where the majority of the populations is not internet-savvy. A report by security firm McAfee and the Center for Strategic and International Studies has revealed that the global cost of cyber-crime is $600billion. In South Africa, better light needs to be shed on regulation that deal with cybercrime and security, like the POPI Act, and what organisations need to do to ensure compliance, to prevent further loss of income and intellectual property.

In this Information Age, Africa is joining the world in integrating connected systems across its public and private operations; yet in most cases security measures have not been implemented as fast the technology they are supposed to be watching over. As a result, threats to networks, devices, programmes and data from the ever-evolving cyber attackers are now a growing risk across public and private organisations. And some of the reasons why cybercrime is becoming so widespread locally is because there is little acknowledgment of the extent to which it hurts businesses, and also because the skills needed to thwart the attacks are in severely short supply. Given the prospect of financial loss, disruption or reputational damage involved, ensuring security in cyberspace has thus developed into such importance that it has been included into the corporate governance strategies of some organisations.

This year’s conference will delve into cybercrime as a national security threat; discuss how mobile gadgets are being targeted for attack, as well as assess how the general risk of cyber threats can be quantified into insurable amounts, among many other issues. Set to take place on the 6th and 7th of September 2018, at the Emperors Palace Convention Centre in Johannesburg, the Cybercrime and Insurance Conference 2018 is a must attend to all those who care about their clients’ and organisations’ internet security in the Information Age. Key figures from government agencies, cyber specialists and related industry will meet to establish a cross-sector response to cyber risk and data protection.